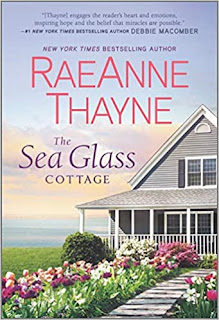 Olivia is leaving her home and job in Seattle to take care of her mom, Juliet, who has sustained serious injuries from a fall off of a ladder at work. Olivia hopes to be back in Seattle in a few weeks. Back to her job, friends, and the life she’s most familiar with. Along with her teenaged niece, Caitlin, taking care of Juliet should be a piece of cake... supposedly. Juliet is the owner of the local home and garden center in a small coastal town of Northern California, Cape Sanctuary. Everyone for miles around knows her and appreciates all she does for her clients and friends, including the new and single fire chief, Cooper, who knew Olivia as the little sister of his best friend all through childhood and into high school, Natalie, who is Caitlin’s mom. Caitlin was born without knowing who her biological father was. No one is shown on her birth certificate. It seems that Natalie had her secrets, and Olivia is determined to find out everything she needs to know since Natalie
Post a Comment
Read more

WHAT HAPPENS IN PARADISE by Elin Hilderbrand 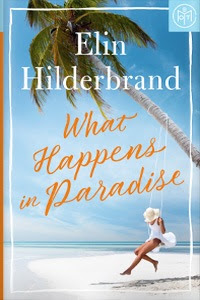 Installment two of the “Paradise” series recaps the first book of the series WINTER IN PARADISE. It’s important to start with the first book in order to fully follow this one. As with the first book, I got into the story quickly and was hard pressed to the book down. Irene Steele makes a decision to move permanently to St. John following her husband’s mysterious death on the island during a visit, presumably for his work. She is offered a job on a charter fishing boat by the owner, Sam aka Huck, when he sees that she knows how to handle a rod and reel, and seems to handle people well, too, including himself, much to his amazement. Huck is definitely attracted to her and hopes the feeling is mutual, even though it’s way too soon after her husband’s death. Soon after her arrival on St. John, she is joined by her youngest son, Cash, who decides to move there as well. Seems he has his eye on some of the female natives, as does older brother, Baker, who makes an entrance lat
Post a Comment
Read more

Review of White Doves at Morning by James Lee Burke: 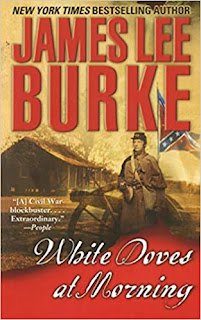 In White Doves at Morning there is the wedding of two of my most favored things when it comes to reading, novels by James Lee Burke, and a period in our nation’s history that I frequent repeatedly, the Civil War. And there is the added touch that two of the central characters of the story are actual ancestors of the author, Robert Perry and Willie Burke. At the outset of White Doves at Morning we are on the cusp of the most brutal conflict in our nation’s history between the north and the south over the issue of slavery, with the latter playing a major part of the storyline through two characters, Flower Jamison, a slave herself, and Abigail Dowling, a transplanted abolitionist from Massachusetts. Like other novels by Burke there are the villains that embody the evil of that time, most notably Todd McCain, the town’s hardware store owner, and Rufus Atkins, a plantation overseer, as well as ambiguous characters like the slave holding, plantation owner, Ira Jamison, who seems to be jus
Post a Comment
Read more

Review of The Jealous Kind by James Lee Burke: 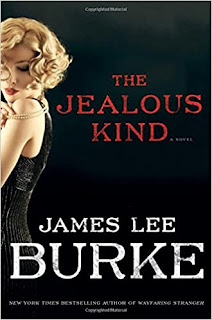 There is a famous line in the movie, “Jerry Maguire,” in which the female lead says in response to Maguire’s babbling on as to how much she means to him, “You had me at ‘Hello’.” In the case of James Lee Burke’s third novel in his Holland Family series, The Jealous Kind, Burke had me on page three as the central character, Aaron Holland Broussard, relates the experience of encountering his first love: “I was about to enter a country that had no flag or boundaries, a place where you gave up your cares and your cautionary instincts and deposited your heart on a stone altar. I’m talking about the first time you fall joyously, sick-down-in-your-soul in love, and the prospect of heartbreak never crosses your mind.” As it never crossed mine when I realized for the first time that I was head-over-heals in love. The Jealous Kind is about a lot of things. Friendship. Family. Combating evil incarnate. But above all it is about a first love and the utter naivety that comes with it when yo
Post a Comment
Read more 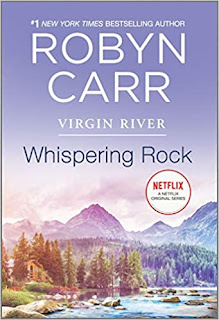 From the Virgin River series comes this story about Sacramento prosecutor, Brie Sheridan. Brie had an exemplary record of winning her court cases until one: Defending a serial rapist. After the man’s prison term ended years later, he did exactly what he had threatened - to do to her what he had done to the other women. Brie had been raped and beaten severely. Brie left Sacramento to heal her wounds and damaged heart with her brother, Jack, who lived in Virgin River. Jack knew it would take a lot of care and time for his sister to be restored back to her beautiful and unbroken spirit. The people of the small town welcomed her with open arms. Brie made lots of new friends, and rekindled an old one. She also made some new decisions about her life that would change her forever. An exciting novel by Robyn Carr that her fans will love! by S.M. OKelly Associate
Post a Comment
Read more 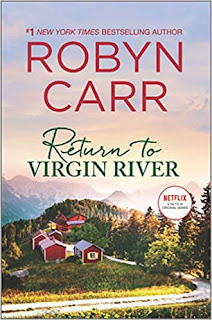 After the death of her mother, Meredith, daughter Kaylee, at the age of thirty-five, needed an escape from her depression and broken heart. Meredith had been not only her mother, but also her best friend. The Templeton’s, who were good friends of Meredith and Kaylee, offered their vacation home in Virgin River to Kaylee. She planned on doing what she had wanted to do since she was a child - to write a book. So she packed up enough clothing and supplies to get her started to live in Virgin River for a few months. Little did she know that this sleepy small town would change her life in so many ways! I thoroughly enjoyed this story by Carr. It’s a follow up to her original story of Virgin River. You can check out the TV series “Virgin River” on Netflix. by S.M. OKelly Associate
Post a Comment
Read more

Review of A Morning for Flaminos: A Dave Robicheaux Novel by James Lee Burke 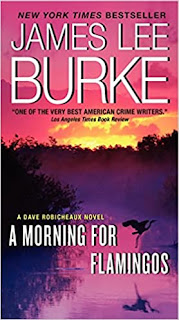 I mentioned in my review of the Harry Potter Series that it was important to read the books in order. It’s not that you wouldn’t get something good out of each if you didn’t, but one book adds to the previous ones in terms of characters and plot flow. To not read them in order would leave you in the dark about a number of things. And those gaps would only be filled as you go back and read the ones that came before. But there is another reason for reading a series in order. You find out things, important things, that make you aware of what happens in the previous books. And so when you get to the ones that came before much of the surprise is gone. You already know what is going to happen. For me this was absolutely the case relative to James Lee Burke’s lengthy series featuring the character of Dave Robicheaux. At times I felt almost omniscient, knowing what was going to happen and powerless in stopping it. After all this is a mystery series. The last thing you want to know in
Post a Comment
Read more
More posts